ALWAYS THE FIRST SATURDAY IN JUNE! 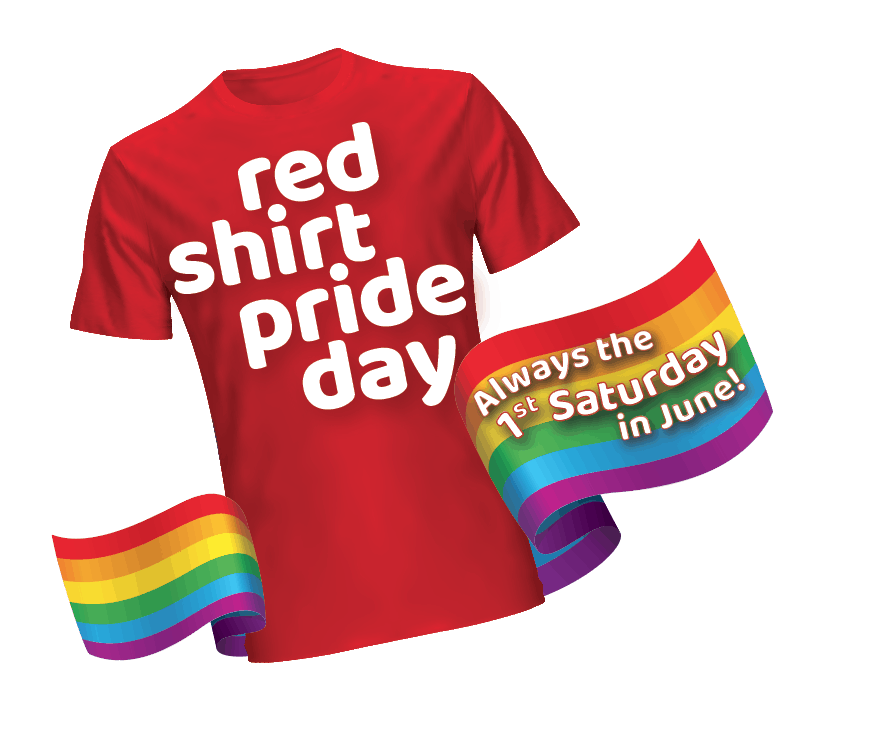 Imagine St. Patrick’s Day where everyone wears green on March 17th whether they are Irish or not.  Then imagine that on the first Saturday of June that kindred spirits around the world wear RED in solidarity for Diversity, Equality, Inclusion, Safe Expression, and Kindness – RED Shirt Pride Day Around the World!  (#rspd).

This builds on the 28-year tradition of people traveling from all over the world to the Magic Kingdom on the first Saturday of June.  At one time, it grew to over 40,000 people but the original mission worked as you can now express yourself every day at Disney.  However, that is not true everywhere as we brutally know.

RED Shirt Pride Day Around the World!  How cool would that be?

We are inspired by the original 30 or 40 people with “kindred spirits” that bravely met at Magic Kingdom back in 1991.  Their courage that started out simply as a social gathering has grown to become one of the longest running, iconic events in LGBT+ history.  To honor them, to educate others on this valuable part of LGBT history, and to continue the kindred spirit mission – not just at Walt Disney World Resorts and not just in Orlando – but around the world, we started the KindRED Pride Foundation.

What better way to kick off Pride Month than all “kind” people around the world wearing RED as a celebration of life in all of its different colors, shapes, sizes, genders, orientations, nationalities, ages, abilities, and status – where the only real question is “Are you kind or are you not kind?”

Our mission is to honor the kindred spirit that started back in 1991 at the very first “Gay Day at Magic Kingdom” as we search the world for Be Kind Champions.  Be Kind Champions who will document evidence of kindness throughout the year and show solidarity on the first Saturday of every June by wearing RED !  (#rspd)